It is with great sadness that I must report the staggering loss of my good friend and colleague, Maurice Marrink. Maurice and his brother Michel died in a tragic car crash friday August 1st 2008. 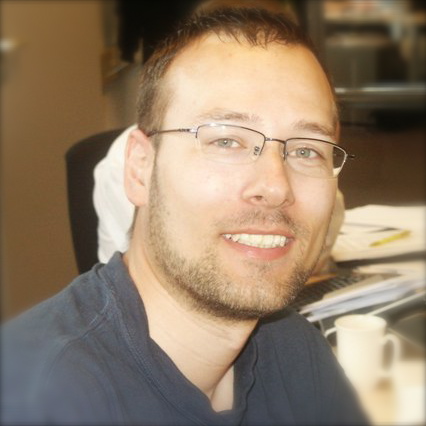 Maurice was a dear co-worker, project member and good friend. He was always enthusiastic, willing to lend a hand and above all friendly. Coming from the northern parts of the Netherlands, Maurice could be quite stubborn at times-a trait that is invaluable when working as a software engineer, especially when working in a group of strong minded people.

Maurice was a great asset to the Wicket community since Wicket became open source. The Wicket team was fortunate to have Maurice on board since last March. He was committed to the continued success of Wicket and the Apache community as a whole.

Maurice has guided students that created the initial Wicket Dojo integration (Wicket 1.1 timeframe, before Wicket Ajax). He put a lot of effort into creating two security frameworks for Wicket, with the latest and greatest open sourced: the Wicket Security framework (aka Swarm/Wasp). He had many good ideas on the future of Wicket and integrating his projects into our core distribution.

Within Topicus he was one of the pillars of our company-professionally, and even more important: culturally. He was always organizing and attending social events, nerd nights, cart challenges and board gaming evenings. Just two weeks ago he was our hero when he arranged tickets for a pre-screening of Batman: The dark knight at our local IMax theatre.

Maurice was notorious for his drinking habit: he drank Coca Cola (pure, no extras) by the gallon. Panic struck when we ran out of it: how can the world turn without coke? I think that the Coca Cola stock will drop a bit with the loss of Maurice. Not only his love drinking the Coca Cola gave him a reputation. When he went on skiing trips, it became an adventure-without any sign of fear Maurice dove down any piste of any color (the darker the color the better). He enjoyed performing jumps at various occasions in half pipes and the occasional bump on the piste-if there was a chance to get airborne, he took it.

I had a lot of good laughs with Maurice, especially because he was the inventor of the Not Invented Here syndrome. He has created at least 2 web based security frameworks, and implemented an almost complete service layer, even when Spring was already the uncontested market leader in that space.

Maurice was the ultimate software engineer: always improving on what he has created, endlessly caught in the infinite loop of tweaking, refactoring, tossing it away and starting all over again. His only weakness was his love for creating abstractions of abstractions of abstractions, and making things more generic with each iteration. This lead to class names such as AbstractReusableHibernateDataProviderRegistryHandler (a made up name, but you get my drift). You can imagine that this is a problem in discussions about the internal framework where your tongue and brain try to combine the 9 concepts in the right sequence.

We’ve had lots of discussions about our favorite fantasy authors, recently Terry Goodkind. He had a list of authors I have to read which I keep forgetting. Writing down stuff was never my strongest point.

I am proud to have worked with Maurice for more than 4 years. It is rare to meet someone with a similar mind and such a gentle spirit as Maurice’s.

Maurice, I miss you. All my thoughts and good wishes are with you and your loved ones. May your soul find peace.